Tribute to Steve Jobs for Changing The World 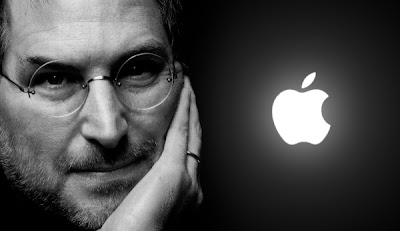 Steve Jobs was a man on a mission to change the world. He was on a mission to prove himself and the ones that doubted him in life. He was a child who was given up at adoption, raised by Paul Jobs and Clara Jobs (Hagopian) in Mountain View, CA, and who suffered through multiple illnesses in his life. Steve Jobs might be one of the only entrepreneurs to be fired from the company that he created, but he proved his worth later on down the line after he was hired back by Apple. Steve Jobs also helped a majority of large companies transform their own industries, like Pixar Studios and the explosion of the animation industry. Steve Jobs was even a majority holder of Disney, one of the largest companies in the world.

Steve Jobs can be compared to the likes of Thomas Edison, Henry Ford, and event Ghandi. He was a man that changed the world and took people down a new path in life. Before Jobs' influence in this world, people took notes with pen and paper, were limited to high costs of CD albums, and used mobile phones that were only good for talking. He transformed the world to where it is today. Today, people have the world in the palm of their hands. With a few clicks, they can find the answer to anything they want and get in touch with whoever they want. He simplified everything and gave us the resources to have a library of over 1,000 songs.

Generation Z (born in the Internet age) can thank Steve Jobs for giving them limitless access to the worlds information. People nowadays listen to thousands of songs using their iPods, roam the world with their iPhones, use their iPads for limitless things, and do their work with their iMac's or Macbook's. Yes, Steve didn't create the Internet, but he simplified it so everyone in the world can be capable of using it and accessing all the information they have. His physical resemblance is that of Gandhi's and his motivation resembles that of a perfectionist who did not accept anything besides the best.

Do I have the latest iPhone, iPad and Mac? Yes, you can call me a Mac enthusiast. I am able to download the latest music to all of my devices, sync my information to everything I have, run my business on the go, get news and stay up to date with the world as long as I am within reception, and share my life with those I want instantly. We can all thank Steve Jobs for being able to do this. It doesn't matter if you have an iPhone or any other type of mobile phone, the point is, Steve Jobs was the man who pushed the technological wheel to spin towards where we are today in regards to the computers we use and the mobile devices we carry.
Posted by ArthurBagumyan at 1:29 PM No comments:

This story is of a baby lion cub, Christian, was raised by two guys, John Rendall and Anthony Bourke (Ace Berg), who loved him like a family member. This story shows how being kind, thoughtful, and loving towards animals -- even wild animals -- can have an unbelievably happy ending and a rich payback. Although Christian was returned to the wild -- as he should have -- he apparently never forgot Anthony and John and they reunited after a year went by.

This incredible, yet true story, goes to show that friendship and true love for one another can go a long way towards enriching our lives. Have you had a friend that you have forgotten about or a coworker whose company you used to enjoy on a daily basis? Get in touch with them today, see what they are doing nowadays, and see how enriching it can be towards your own life to know that you have become friends with so many people throughout the years.

Friendship is an important part of our lives as we continually try to seek others who share our own values, beliefs, and interests. Friendship can enrich our lives and put us at a more peaceful state of mind. Friendship fills the love that we seek and need in our lives, and also fills it with memories and good times with the company of those we enjoy the most.
Posted by ArthurBagumyan at 9:32 AM No comments:

People are doing revolutionary things all over the world, creating vehicles that fly, automobiles that maneuver themselves, curing diseases, and the like. So why is it that our education system is still behind and not up to par with the rest of the world? Why is it that educational institutions cannot do something revolutionary to make learning easier for everyone around the world? In this technological day of age, it should be possible that my relative in Armenia should be able to learn the same things that I learn here in America, and from the same instructor. Well, now world class education, is just a click away for anyone with Internet access.
Khan Academy was started off by Salman Khan who was at the time tutoring his relatives via Internet and YouTube. Through all the feedback he received he garnered the idea to start something revolutionary. An online education system was born! Khan Academy now offers over 1,000 online lessons that anyone can access and learn. They offer lessons from Algebra to Calculus to Finance to Biology and everything in between. Khan Academy is gaining ground faster than ever because of the revolutionary change they have created, and is now being supported by people like Bill Gates and winning tech awards from Microsoft.
So what subject have you been interested in learning that you never got around to? Were you ever interested in how banks work? Well now you can learn about Banking through Khan Academy for FREE! I encourage you to turn off the Television and the reality shows that you may be watching, and see what you can learn.
Posted by ArthurBagumyan at 10:46 AM No comments:

The Story of Stuff

Have you ever wondered what percentage of the stuff you own are actually used to its full potential or value? Looking at all of my stuff, I realized that I purchased stuff from maybe a year ago, or even months ago, but are "out of date" or "out of style" now. I began to realize, is it really "out of date" or "out of style"? or is it merely the mentality we have and the media influences that make us think that it's old?
I believe, we as a society, need to be more economical with the things we own, not be materialistic, and not be so influenced by the media and what businesses have to say about us. Watching ads can make us believe that we need that extra pair of shoes, or that facial cleaner, but will it really change who we are or make us happier? Most likely than not, the answer is no it wont.

So what can we do to jump out of the continuous cycle of purchasing unnecessary stuff? We can start by passing along this video to the people we know and love to educate them on the importance of being economical and environmental. We need to start by realizing that material belongings are simply materials, they usually provide a short term satisfaction because we feel bad after watching media ads that tell us to feel bad. We need to realize what makes us really happy is not the material belongings, or stuff, but the purpose that they are fulfilling. We need to be happy with the stuff that we have and not always look to have that new computer or new hand-held device. If the stuff you have works and does the job, than there is no reason to get a new stuff to replace it.
Think about the environment and the world we live in, help the planet and help ourselves by being more economical and modest. Look for ways to reuse and reduce waste and help the organizations that encourage modest consumption and living.
Posted by ArthurBagumyan at 11:01 PM 2 comments:

Synchronization of Starlings on Otmoor

What can we learn from such beautiful aerial skills and coordination? These little starlings demonstrate how beautiful it can be for a group of organisms working together towards the same purpose. The daily flight taken by the starlings demonstrates their social interaction and ability to work together without ever colliding with one another. How can we be more like the starlings? I think the one thing that we have to realize is that we all work together towards the same purpose. Every organization or group of people usually work towards a common goal or purpose, and by each organism within that group working together, something magical and beautiful can happen.
So the lessons we can take from our little starlings is that working together can create something magical and beautiful where everyone benefits. We can also learn that there is a lesson to be learned from everything around us. By having a realization that a lesson can be learned from everywhere, we can better ourselves and the group we work with.
Posted by ArthurBagumyan at 9:59 AM No comments: